In current IT environments, teams are constantly looking for ways to solve various challenges that arise as the market grows.

It’s fair to say that each change in question needs to undergo tedious processes of authorization, configuration, implementation, repeated examinations, and testing before its initial deployment.

All of this, of course, will take time. Considerable amounts of it, in fact.

And time is not something that software-reliant industries can afford to lose.

After all, waiting several months for an application update is simply not financially feasible anymore. With new market demands, developers and IT teams must now work considerably faster to deliver within much tighter timeframes (think days). And with that comes higher chances of human error.

In scenarios like these, using patches to fix issues or fast-tracking any changes is usually not the best solution. If a company wants to maintain stability and reliability with its applications, it must go with something more consistent.

Therefore, to avoid loss in profits and a damaged reputation due to software errors, many organizations incorporate sophisticated automation tools into their DevOps processes, also called bots.

DevOps teams try to focus on specific tasks within their own assigned roles. For instance, the development team usually concentrates on increasing the code length, as the operation team is focusing on SLAs and KPIs. This difference creates a gap between those two teams, which by itself can result in delays and inconsistencies.

Now automation in the form of bots, as many argue, is in fact key to understanding the philosophy of DevOps, elimination of its issues, and its successful delivery.

So without further ado, let’s dig into the 5 best advantages of using automated deployment tools.

As we’ve mentioned earlier, manual deployments are prone to human error. Now automated deployments, on the other hand, are quite different. Once they are configured, the process is set and will repeat itself every single time an application release is initiated. This eliminates all chances of human error.

Unlike manual deployments, every single automated deployment results in very low overhead costs, which allows businesses to afford to have it done at much higher frequencies.

Frequent releases are beneficial for several reasons. Two of them being the on-going feedback that can be often gathered from target users, and how that feedback can significantly aid in improving applications.

The software development process can be thought of as one complex, sophisticated organism with multiple organs that are responsible for specific actions and responses. Software deployment is one of those organs. In fact, application deployment is crucial to perform before the product can be ultimately used. DevOps engineers are usually responsible for this process.

Now imagine if some of the members of the DevOps teams are not available to work due to various reasons like illnesses or vacations. In scenarios like these, a deployment bottleneck would most likely occur.

To prevent this issue from happening, you could, of course, teach your team of developers the basics of each other’s jobs. However, that doesn’t promise to be effective, as it would leave your team with too much extra workload they don’t need.

The ultimate solution to this problem, as you have probably guessed, is automated deployment. Once the process is automated, anybody on the team regardless of their technical know-how will be able to easily deploy any changes with one simple click.

Advantage 4: Deploy Anywhere…With Use of Bots

Another benefit of automated deployment lies in the way it can be easily configured, once set up. Although the fundamental release process will be fixed, the machines and target environments can be altered as desired.

For instance, a new test environment can be easily set up for software deployment using the DevOps bots, through a configuration of the existing automation set-up.

Software projects, especially those that are large at scale, tend to have multiple components such as frontend, backend, and middleware, each of which needs to be deployed separately. In addition to that, with a manual deployment process, all these components may also have separate teams that work on them.

As all this causes complexity, one must wonder what can be implemented as a solution for these processes to become unified and a tad simpler too.

And the answer is (drum roll, please) automation!

When you automate your deployment process, you can easily unify all those separate components of your software project into a single, secure, auditable system.

It’s simple to conclude that DevOps automated deployment in the form of bots, is an amazing tool that can not only help the team to be more efficient and productive by eliminating chances of errors but also significantly saves a company its time and money.

In our following posts, we will be discussing various ways you could use to leverage your bots for better DevOps. Stay tuned!

Would you like to learn more about automated deployment tools for your DevOps?

Did you know that as a subscriber with Clouve, you are offered premium automation tools for common IT operations completely free of charge? Our AI-powered agents can execute an array of tasks from a system set up to maintenance, with the goal of bringing significant savings for your business and higher efficiency for your team.

Get in touch with us today to find out more! 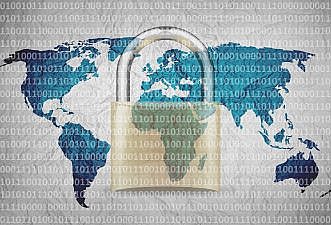 Data Security Concerns During Your Cloud Migration: 4 Things You Should Know 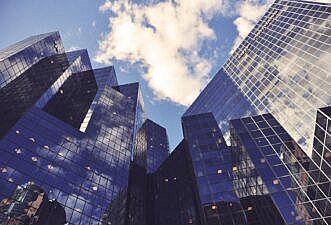 Tips For Designing A Smart Cloud Migration Strategy in 2021 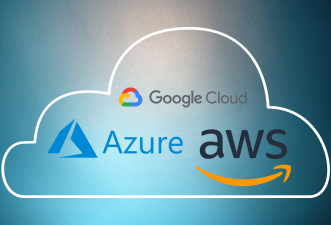 Google vs AWS vs Azure: Fair to Compare?