Since its introduction in 2015, Kubernetes became the ultimate replacement for proprietary VM managers. Otherwise known as Kube or k8, this open-source development is the next big thing in the cloud computing scene, and here’s why.

It’s true to say that the cloud has become gigantic in the past decade. And it shows: corporations like Amazon and Microsoft have grown immensely due to becoming the leaders in cloud service provision.

It’s an irony to discuss Kubernetes alongside for-profit enterprises like these, just because Kubernetes itself is an open-source platform that was developed in 2015 by a team at Google, to be later donated to the Cloud Native Computing Foundation (CNCF) – a non-profit.

CNCF is a Linux Foundation project that was founded to accomplish the mission of helping advance container technology within the tech industry.

And Kubernetes is, simply put, a container orchestration platform; it automates manual processes of deploying cloud services such as scaling and managing containerized applications. With the many innovative advantages that Kubernetes had to offer, it quickly became the golden standard of cloud infrastructure.

It’s often said by many cloud experts that Kubernetes is gradually changing the face of the hybrid cloud.

In 2019, the cloud computing industry saw a massive launch of Kubernetes-based hybrid cloud platforms by a majority of leading cloud service providers. AWS, Google, Microsoft, IBM, Oracle, and other infrastructure vendors are obliged to offer managed Kubernetes services due to the massive trend that it has now become.

The new offerings include the management of clusters running on-prem and within the provider’s cloud platforms, as well as those Kubernetes clusters that are deployed in other cloud environments. Kubernetes helps to efficiently manage these clusters consisting of various groups of hosts that run containers.

Kubernetes is a perfect platform for hosting fast scaling, cloud-native applications. This is because Kubernetes clusters can easily span hosts that run Linux containers across hybrid, private, public clouds or even on-premise.

So think of it like this: Kubernetes is a platform for running sophisticated efficient orchestration of your applications; it acts as a better alternative of having teams of multiple system admins, all responsible for keeping track of your software running appropriately. Instead, Kubernetes is programmed to orchestrate effectively; ensuring your applications run the way they are supposed to.

One can argue, Kubernetes is all about leveraging innovation in the tech industry.

We are dedicating this blog post to discussing the many advantages this breakthrough development has to offer, as well as how Kubernetes is drastically changing the cloud environment.

One of the strongest advantages of Kubernetes lies in the fact that it can be virtually deployed on any infrastructure. Kubernetes is open-source, which means that it not only is compatible across multiple platforms but also successfully avoids cloud provider lock-ins. With Kubernetes, a multi-cloud strategy setup is highly flexible and effective.

This works in many ways. Kubernetes is capable of implementing horizontal scaling, by operating at a single server level. This way new servers are both added and removed in a smooth process.

Kubernetes is also efficient with both auto and manual scaling. In the case of the former, the client can automatically alter the number of running containers, based on various utilization metrics. The same goes for the latter, except it’s manually scalable through an interface or a command.

Kubernetes was developed to effectively address the availability of infrastructure and applications, making this platform vital when deploying containers.

Kubernetes is enabled to protect your containerized application against various system failures by regularly conducting checks on the well-being of the nodes and containers.

Kubernetes also comes in with balancers that are built-in to dispense your workload across numerous pods. This enables you to prop your resources efficiently when it comes to responding to peak traffic, outages, and other incidents.

Another great advantage that Kubernetes offers has to do with its ability to accelerate testing, release, and building processes. Some of its most attractive features include:

Some of the programming languages and frameworks that are supported by Kubernetes include .Net, Go, Java, and many others. The platform’s large development community is a great source of support for its users.

Let’s say a user wishes to roll out a new version of their application, or perhaps update its configuration. Kubernetes can handle these tasks most effectively. It is capable of rolling out the new version, as the container’s health is monitored. And it rolls back just as smoothly in case if there are any failures.

And that’s not it. There is so much more Kubernetes can do. Storage orchestration, resource monitoring, DNS management, the list goes on.

Today, Kubernetes is one of the most influential, highest-velocity developments in open source history. Kubernetes’ current growth is just at its earliest stage, yet it has already gained enormous popularity. This means there will more important discussions regarding this platform moving forward.

Kubernetes is one of the most favored container orchestration tools in the world. It’s true to say that it currently leverages innovative engineering expectations, making the promise of an all-round managed hybrid cloud service a reality.

In the nearest future, we are most likely to see a greater number of industry engineers using this platform to successfully refine the cloud environments of their businesses.

Did you like this blog post? Check out other articles that discuss various trends in the cloud computing industry at Clouve’s Blog here.

And if you’re interested in learning more about what Clouve does to help its clients to effectively manage their IT departments in the cloud, do get in touch with us.

Tips For Ensuring A Smooth Cloud Migration Process in 2021 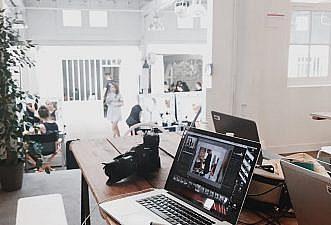 The Role Of Cloud In DevOps 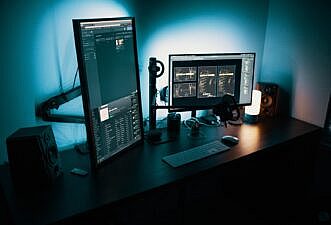 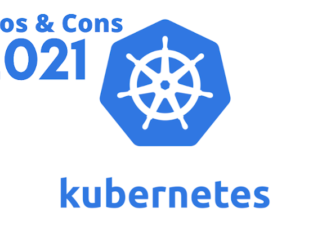 The Pros & Cons Of Adopting Kubernetes in 2021