Infrastructure As Code: What You Should Know

One of the “hottest” things in DevOps right now is Infrastructure as Code. What it is and how it works – we explore below.

Infrastructure as Code or IaC is simply put, all about treating your infrastructure like databases, servers, and networks the same way you’d treat your application mode.

Traditionally, managing IT infrastructures was a highly complex process. For instance, system admins were required to manually manage and configure virtually all software and hardware necessary for applications to be executed successfully.

In recent years, trends like cloud computing have completely revolutionized and disrupted these processes, providing new ways for enterprises to develop, design, and maintain their IT infrastructures.

A key component in the growing concept of DevOps is certainly Infrastructure as Code.

IaC blurs the line between an application and the environment in the same way DevOps melds developers and operations teams into a single entity.

With IaC, it’s easier to edit and distribute configurations, because infrastructure specifications are essentially codified and documented.

By deploying infrastructure as code, you can divide it into several modular components that can be further combined in various ways through automation. Handling IaC also prevents issues like unexpected code changes.

It’s true – IaC helps teams to consistently and efficiently automate their infrastructure deployment process – but this method is far from being just about automation. It foremostly enables tight collaboration around infrastructure provisioning and configuration between dev and ops.

Further on, IaC allows DevOps teams to test applications much earlier in the development cycle.

Teams can work together with a set of tools and practices to deliver applications and supporting infrastructures faster and at a higher scale.

IaC is important because, without it, managing infrastructure can become a rather fragile, disorganized, and complex process.

In this scenario, system admins manually connect to cloud providers and typically use web dashboards or API to provision new resources and equipment. However, this manual workflow fails to provide a full view of the application infrastructure.

Admins might sometimes manually make changes to a certain environment and then later forget to do the same on the other. And that’s what results in an environment drift.

Cloud infrastructure drift later becomes a costly business waste. Failures and bugs arise as teams build against a development or staging environment and later find that their production environment is in fact out of sync. This further leads to even more time lost as teams investigate what went missing.

Infrastructure as Code helps to solve this problem. It brings more visibility to manual system administration and allows all team members to oversee and edit infrastructure data.

The principle of idempotence is really what drives the solution.

Idempotence refers to a property in computer science where the result of either applying operations once or multiple times has the same effect.

Idempotency is achieved either by an automatic configuration of an existing target, or complete discretion of such target and a recreation of a new environment instead.

A crucial step that has to be carefully reviewed when deciding to implement IaC as a solution is whether to establish an immutable or mutable infrastructure.

Mutable infrastructure can be easily modified and updated after being originally provisioned. It provides Dev teams with the ability to make ad hoc server customizations to more closely fit application requirements.

That being mentioned, mutable infrastructure also reduces the ability to maintain consistency between deployments, which can result in the infrastructure version being more difficult to track.

Hence most Infrastructure as Code environments are implemented as immutable, meaning these infrastructures cannot be altered once provisioned.

What Are Some Of IaC Common Tools?

There are plenty of open-source IaC tools currently available. However, the most commonly adopted are Terraform and Ansible.

This instrument works with all giant cloud service providers and allows provisioning applications written in all languages.

Ansible is an open-source project by Red Hat that was created to help companies deploy applications, manage configurations and automate provisioning.

Ansible allows users to create “playbooks” using YAML configuration language to specify the desired state of infrastructure and further have the tool do the provisioning for the user.

Ansible is a popular option for Kubernetes deployments and automating the provisioning of Docker containers.

Eli Feldman, CTO at EPAM Systems says that considering the language of written routines is essential when attempting to follow proper IaC practices. That essentially means identifying the type of automation required as either indirect or direct.

Direct automation routines are meant to only automate the infrastructure and hence are written in Descriptive Scripting Language. They’re broadly applicable to any type of application.

Indirect automation, on the other hand, is geared towards specific types of applications that are required to support ongoing changes in their infrastructure environment.

Take a look at some of them:

One of the strongest sides of IaC is its ability to not only automate the infrastructure setup process but also serve as a form of documentation to instantiate the said infrastructure at any point in time.

Another obvious advantage is its capability to standardize the infrastructure setup process that results in a decreased possibility of deviations and errors.

Infrastructure as Code additionally acts as a sort of insurance in those scenarios where your knowledgeable IT staff like lead engineers leave the company.

Typically, once a deployment protocol is edited by an engineer, it can be later difficult to identify the exact adjustments that were made.

With IaC however, code can be easily version-controlled, which allows all changes to the server configuration to be properly documented, tracked, and even tested. This means issues with new setup configurations can be identified and corrected faster, easier, and with considerably less risk of failure.

IaC automates the infrastructure deployment process, which allows IT staff to spend less time on manual work and instead focus on executing high-value tasks.

Besides, Infrastructure as Code eliminates the need for multiple administrational roles within a data center such as in areas of storage management, computing, and networking. This significantly cuts overhead costs.

Further on, the IaC script is capable of automatically spinning down unused environments, saving companies on cloud computing costs.

The fact that Infrastructure as Code allows running scripts that can spin up infrastructure architecture means users can efficiently deploy virtual servers, launch pre-configured databases, storage systems, network infrastructures, and any other cloud services at their need.

By running code, these processes are performed faster and easier for development, staging, and production environments.

IaC essentially shifts all power to the developer.

With this approach in place, cloud architectures are seamlessly deployed in multiple phases to ensure the software development cycle is efficient.

As infrastructure provisioning is more consistent and reliable, developers can focus more on application development.

And with IaC’s scripting capabilities, developers are empowered to only script once, and further use that code on multiple occasions, thus boosting productivity and efficiency.

What To Look Out For

As with most approaches, some drawbacks need to be considered as a company moves to an IaC environment.

Some of these are:

Due to the nature of the IaC environment, it might be more difficult to adapt and learn without developer knowledge on hands.

Some of the coding languages used for Infrastructure as Code are HashiCorp (HCL), Ruby, JSON, YAML, and others.

Naturally, the shortage of expertise in these skills can greatly hinder the potential that IaC can bring to your organization, which is why it’s crucial to ensure you have a developer bench ready before moving to IaC.

The legal security processes and tools you currently have in place might not be sufficient for an Infrastructure as Code environment.

You might find yourself manually checking if the provisioned resources are fully operational and are appropriately used by the right applications.

This is all because IaC is significantly more dynamic than your existing provisioning processes and thus requires advanced security steps to ensure complete governance.

Ensuring no one makes manual changes is another hurdle that you’ll find yourself running into as you implement IaC in your organization.

As mentioned earlier, it might be comforting to think you’ll make manual edits here and there, and then just update the scripts later on when you have time.

But the “later on” part might never happen. And that would be problematic.

Remember, once manual changes are made in the environments, they will start to diverge immediately, resulting in your team efforts going to waste.

You certainly don’t want that to happen!

All in all, the Infrastructure as Code approach does have a steep learning curve, especially for those companies that lack the knowledge and experience.

Ops teams for instance might find IaC adoption somewhat difficult because this environment requires knowing how to create infrastructure in scripts.

But once the implementation and learning take place, the potential and advantages of IaC certainly outweigh the obstacles.

Infrastructure as Code is a powerful concept that can be used to enhance your infrastructure with some great capabilities like consistency, ability to collaborate, and traceability.

IaC’s primary goal is to avoid configuration drift and reduce the risk of human error while allowing DevOps engineers to focus on their primary tasks.

Infrastructure as Code defines the end state of infrastructure, as opposed to defining a series of stages to be executed. Tools like Terraform and Ansible can be run multiple times against an infrastructure, producing the same desired effect.

Besides, IaC approach can speed up and simplify your infrastructure provisioning process, as well as help to save time and cut costs.

Even though the advantages of IaC are numerous, challenges are also present. It is, therefore, crucial to understand and analyze your company’s needs and goals well before you decide to embark on the IaC adoption journey.

One thing is sure, however: Infrastructure as Code is a disruptive tool that is gradually changing the way DevOps engineers and developers write and deploy software. And as the trends show, this powerful instrument is not going away anytime soon.

Because deploying your IT department to the cloud should not cost a fortune.

Clouve helps your business to reap the benefits of the cloud by providing expert support tools and services used by large corporations, but for a fraction of the cost.

You can learn more about what Clouve has to offer by getting in touch with us today.

Everything You Need To Know About Serverless Computing In 2021 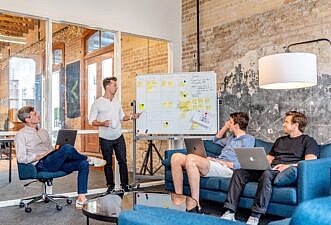 Tips For Ensuring A Smooth Cloud Migration Process in 2021 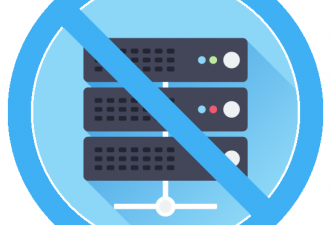 Serverless Computing: Is This The Future of Cloud Infrastructure? 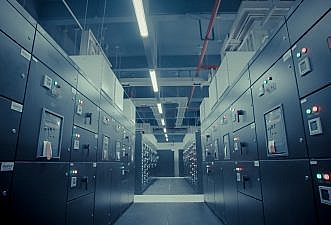 Why Data Centers are Still an Expense for Many Enterprises