Security Dilemma: How Safe Is It To Move Your Sensitive Data to The Cloud?

It’s true that cloud adoption has a considerable impact on businesses in many positive ways. And yet, drawbacks are also present. The increased risk of cybersecurity threats during cloud migration is one of them.

IT companies lean towards cloud migration partially because its environment is highly scalable, which contributes to improved customer satisfaction levels. However, adoption of the cloud, as we have discussed many times in our earlier posts, is never a simple journey.

As businesses move their workloads into the cloud, a lot of factors are taken into consideration – including those around the potential security risks of such a major change.

In this blog post, we are going to discuss some of the possible threats that may arise as the migration of the data and applications takes place.

In doing so, we are going to try to answer the never-ending question: are the advantages of the cloud worth its risks?

First, it’s useful to take a look at the various service and deployment models, as well as essential characteristics of the cloud. National Institute of Standards and Technology (NIST) came up with the following widely known definitions:

Due to different implementation techniques adopted by cloud providers, the following vulnerabilities might become a threat as the migration occurs:

Diminished Control and Visibility by The Consumers

This is a very common phenomenon. While using external cloud services, clients are usually in need of transferring some of their policies and infrastructure to the cloud. This potentially leads to the paradigm shift for agencies concerning security monitoring and logging.

Unauthorized Use of On-Demand Self Services:

Most recently, CSPs increased its practices of shadow IT, which involves the use of software, services, and applications that are not explicitly supported by an organization’s IT department.

PaaS and SaaS software products are easily implemented and have lower costs, hence raising the risks of unauthorized use. Likewise, it also increases the probability of malware infections and data exfiltration, since an organization would not be able to protect its data and apps, due to no command over the tools and services being used.

Since the CSP’s APIs are accessible via the internet, it increasingly exposes them to potential exploitation. If these vulnerabilities are discovered by the attacker, they can be easily converted into a successful exploit due to which an organization’s cloud assets can be compromised.

Multi-tenancy that occurs between various used components increases the ground surface for the attackers, which in turn leads to a higher chance of data stealing and leaking.

Moving the Data to Other CSPs:

Moving the assets and operations from one CSP to another sometimes creates issues because of the previously discussed vendor lock-in complications. This can happen due to non-standard APIs, some unique APIs made by the CSP, and reliance on one or more proprietary tools.

Complexity in Learning Strains for IT Staff:

Some of the services like data encryption and key management are more complex in the cloud environment as opposed to the traditional IT department. Therefore it is paramount for a company’s IT staff to learn the required skills to maintain, manage, and integrate the assets and data to the cloud.

The abuse of authorized access is more likely worse when using IaaS due to insider’s command over the provided resources and hence, it can easily result in damaging data and exfiltrating information.

There can be several reasons for losing data on the cloud, some of them are:

Cloud service providers and their customer companies might consider data-recovery options in case of unpredictable situations, changing service offerings, or in case of bankruptcy.

In the light of these security threats, one great recommendation would be for organizations to build a strong proof of concept (POC) before their migration journeys. This might help in getting greater clarity and understanding the challenges the business might face in the process.

Some of the main points that a strong POC would cover include:

The conclusion seems straightforward: In the era where a majority of applications and systems are cloud-based, it’s crucial for migrating businesses to understand and weigh-in all the risks and potential security threats, as well as to find effective ways to mitigate them well in advance.

And that’s what Clouve is for. We take care of the complex hurdles associated with your cloud move, so you don’t have to.

Get in touch with us today to find out how we help businesses to successfully land their IT departments on the cloud, hassle-free!

Why Your Business Should Go Serverless For DevOps 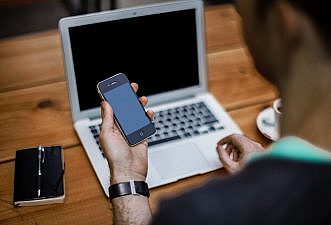 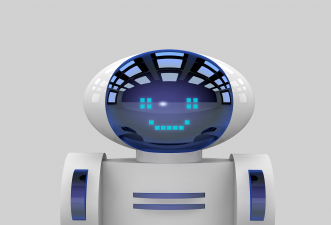 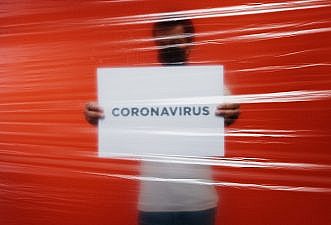 COVID-19 and The Cloud: How to Optimize Your Expenses During The Pandemic